Sending the Gospel
to unreached 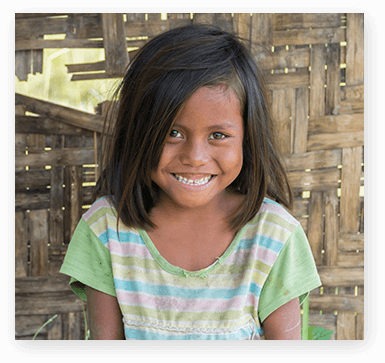 Many people are unaware that less than 2% of missionaries visit unreached regions of the world. That means, there are approximately 2 billion people across the globe who have little to no chance of hearing the Good News of the Gospel.

Most groups of unreached people live in closed countries located in the Middle East, Asia and North Africa. But when you partner with our ministry, you can help hundreds of thousands know and experience new hope, meaning and purpose. Will you help bring the message of Jesus Christ to every home in the world?

Great Commission Media Ministries is reaching millions of Arabs daily through our Satellite TV ministry – all aimed at closed countries that have never heard the truth about a personal relationship with Jesus Christ.

Our approach is to use the power of Christian media through daily broadcasting Satellite TV broadcasting, Arabic websites, and YouTube channels to impact unreached countries with the Gospel.

Our teams produce thousands of mother-tongue broadcasts for every age group — each delivered in languages such as Arabic, Farshi, Amharic and more. 18 Satellites air Christian programs to millions of people throughout the Middle East. Each broadcast is done in partnership with local churches and underground missionaries.

Arabic Satellite TV broadcasting is one of the core activities of our ministry.

We know from years of broadcasting that this approach works — because thousands of people contact us each month, wanting more information on what it means to follow Jesus as Saviour.

Your generous support keeps the ‘Message of Life’ going strong to those who are hungry to hear the Good News!

Our vision is to see all 450 cities with populations of 1 million and overhear and experience the life-changing message of the Gospel.

Our approach is three-fold: 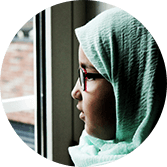 Zinab finds hope for the future

Zinab lived with her parents and siblings in Algeria. As a good Muslim, she wore her hijab and spent her spare time reading and memorizing the Quran.

But sometimes, she felt lost. Am I missing something? Could there be something more?

Then, one evening, she knocked on her sister’s bedroom door. Zinab entered and found her younger sister watching our Satellite TV program.

Zinab was afraid her parents would disapprove. But curiosity got the better of her.

She sat with her sister, and together they heard about Jesus Christ for the first time. Zinab had previously been taught that Christianity was a perverted religion.

But Zinab was drawn to Jesus. And that scared her. For months, her interest in Christianity only grew, and she continued watching our programs. During this time, she became engaged to a kind Muslim man.

Zinab imagined asking him about Christianity. But she was frightened he might respond poorly. One day, gathering her courage she asked, “Is it true that Christians are evil?”

“No. They are among the best people I know,” he replied.

Zinab felt relieved … she could tell him. “You know, I think I’d like to become a Christian,” she said.

As soon as the words left her mouth, Zinab regretted her boldness. “Of course, I’m not being serious,” she backtracked.

In the following months, Zinab gave her life to Christ. And to her immense relief, her fiancé supported her.

Today, she’s married and attends a local church with her husband! While he doesn’t share her faith yet, Zinab is hopeful he’ll come to faith, too.

God is moving in North Africa!