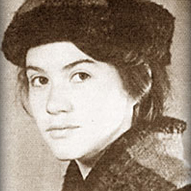 An encounter with the living God changes you. It changed Laura Haukka when she found faith as a university student in the Soviet Union. Her passion for sharing the Gospel blossomed when she met her husband Hannu Haukka and together they formed what is now Great Commission Media Ministries today.

Discover how GCMM grew from humble beginnings into a world-wide ministry.

In 1970, a young medical student named Laura found faith in the living God. She was expelled from her university because of her faith, but her journey was just beginning.

After marrying Canadian citizen Hannu Haukka, Laura moved to Austria, where she began a Russian radio ministry for people living in the Soviet Union.

Together, she and her husband felt called to build a radio ministry in Finland. So they packed their things and moved to Finnish soil, where they built a studio to begin their ministry.

Expansion From Finland Into Russia

In Finland, the ministry grew rapidly, including transmission from a network of 11 international superpower radio stations. Laura and her husband Hannu Haukka partnered with Gordon Donaldson in Canada and founded International Russian Radio/TV (IRR/TV). The first-ever TV ministry to Russia.

Their Russian TV programs were wildly popular, eliciting a massive response from the Russian people. To facilitate the growth of their ministry, they moved to the Helsinki area, building a special facility to produce TV programs broadcast within Russia.

By 1991, their broadcasts were weekly, and offices were established in major cities in Russia

Towards the end of the decade, TV programs were launched for 20 forgotten people groups in the former Soviet Union and began training students from all over Russia, Eastern Europe, and the Middle East to work in TV and radio ministry.

With the dawn of a new century, we set our sights on sharing the Gospel to all people and began airing evangelical television programs in local languages to many countries around the world. 2003 was an important year. It was the beginning of high-impact megacity campaigns, saturating entire cities in the Gospel.

These mega-campaigns grew and expanded worldwide over the next 15 years.

Then in 2005, we expanded to provide humanitarian aid to people affected by natural disasters.

In 2010, IRR/TV became Great Commission Media Ministries to better reflect our mission to reach the world with the Gospel. GCMM has trained thousands of pastors and lay workers at leadership training events.

GCMM has also printed millions of evangelistic books and Bibles to support local churches in Russia. In 2019, GCMM built a new ministry centre near Helsinki, Finland to accommodate GCMM’s expanding ministries in the coming decades. 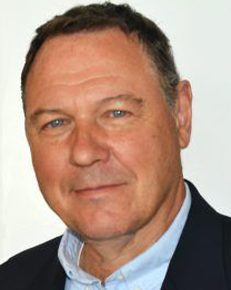 In 1986 John worked for IKEA as a decorator but decided to launch out and serve God full-time and subsequently joined IRR/TV. The family moved to Finland where they re-settled and their second daughter was born shortly thereafter.

Working from a home-built studio in a small countryside house, John helped his brother Hannu develop the video cassette ministry, producing and distributing Christian videos to the Underground Church in Russia.

In 1990, John and his family returned to Canada to continue to work with IRR/TV Canada, which was passed on to him by cofounder Gordon Donaldson. With a name change to Great Commission Media Ministries in 2010, John has continued to grow the ministry as its Canadian Director. He gives thanks to God for loyal and dedicated prayer partners who support from all across Canada.

You can make a difference for millions of people around the world. Find out how to make an impact today!